1: emmc/TF card installation system:
Since rock_pi_3A has no memory, it needs EMMC or memory card to start.
0: Connect the memory card or EMMC (requires an adapter board) to the card reader, insert it into the computer, and then open balenaEtcher-1.5 or later,
1: Select the firmware whose end is gpt.img in flash from file, see above for firmware 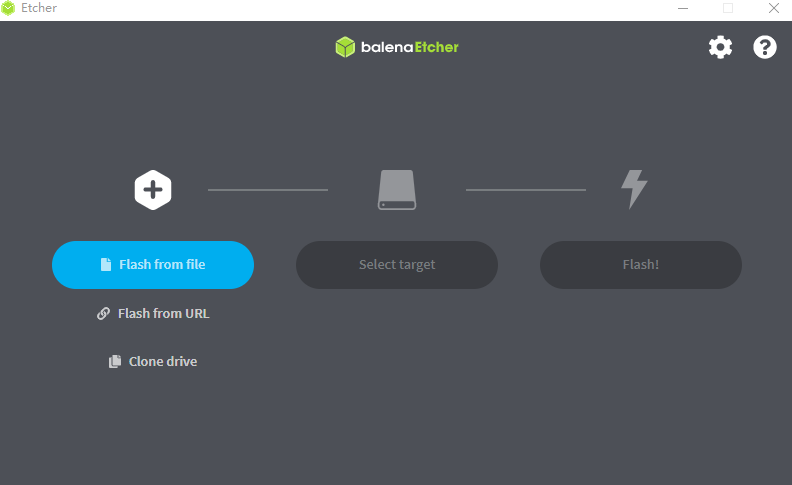 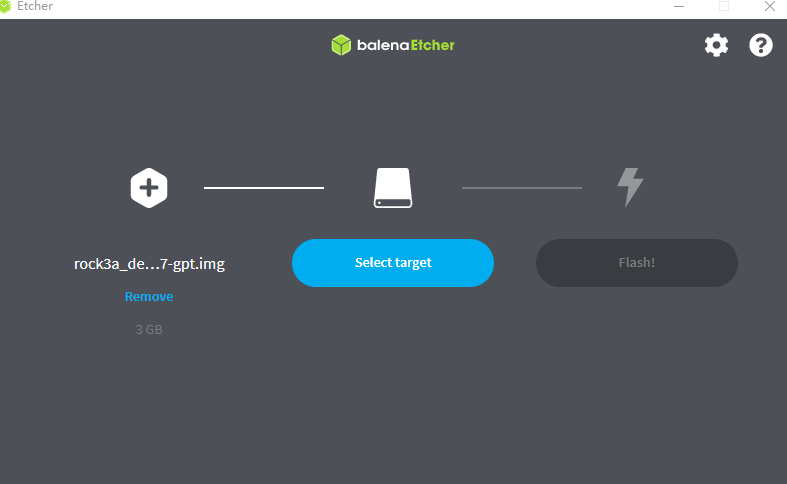 The installation method is as shown in the figure below. If it already exists, there is no need to install it. 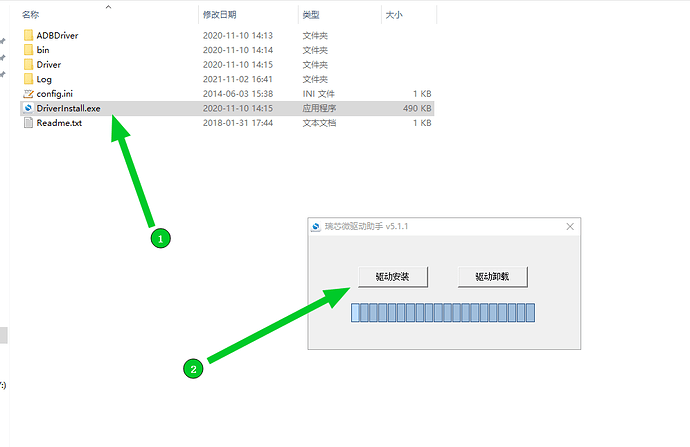 996×646 22.2 KB
2: Install the EMMC, if there is a TF card on the board, remove the TF card.
3: Cover the jumper cap, as shown in the picture, count from left to right, leave the third pin, and then use metal objects such as metal wires to short-circuit the two solder joints in the picture, 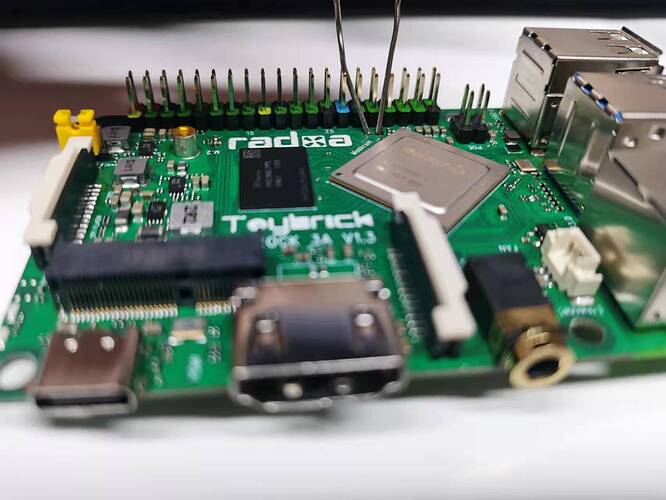 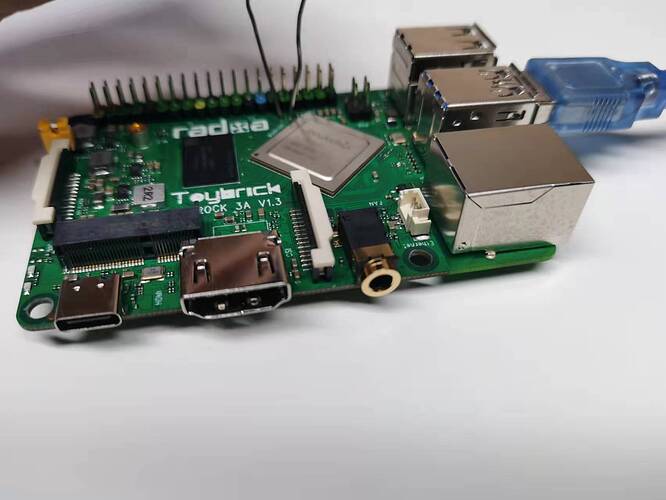 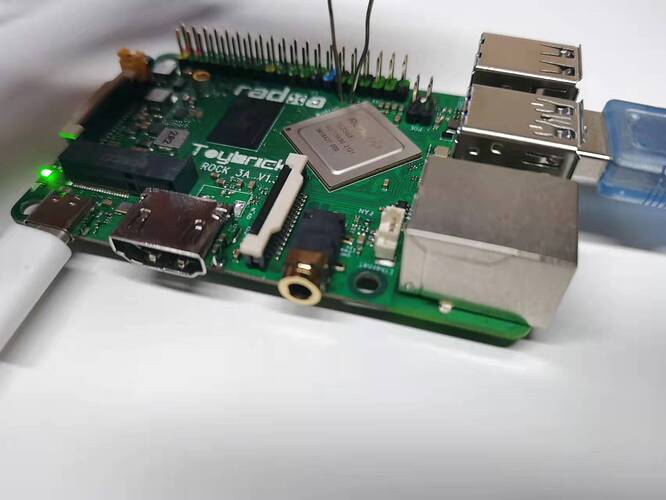 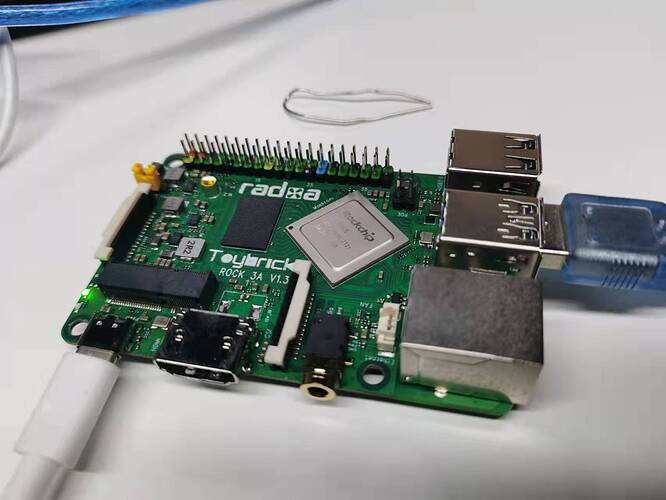 1706×1279 127 KB
7: Open RKdevTool version 2.81 and above, in the Download Image interface
You will see a maskrom device,
8: Just tick the first line and the second line, do not tick the others
(Reminder: If the firmware is with the word GPT, follow the following method to burn, select the bin file, if the firmware with the word update, do not need to burn the following partition, after opening the software, click to upgrade the firmware, select the firmware After that, click on the upgrade directly and wait for it to finish)
Double-click the Name column in the second row and manually change it to image.
The path column on line 1 selects the bin file
The path column selection on line 2 ends with the get.img image 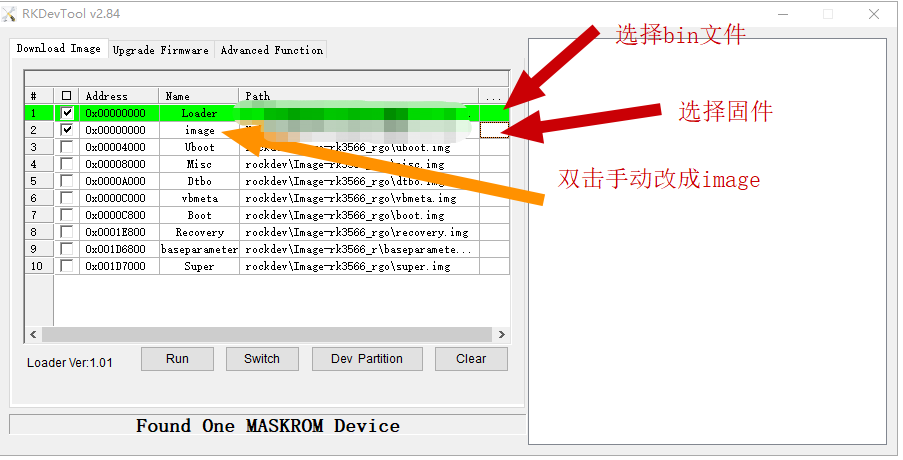 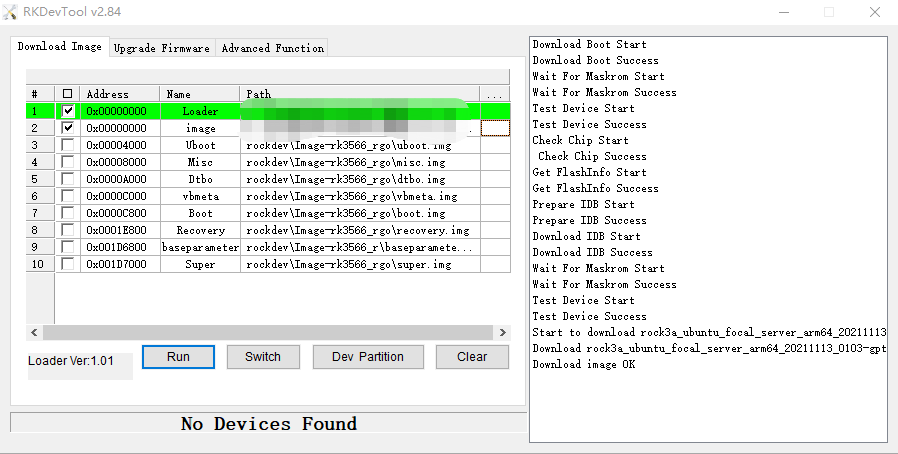 898×454 18.8 KB
Power off, remove the jumper cap, and you’re done.
3: System memory usage
Ubuntu20.04 memory usage:
This is built for the server, without a desktop, because it is necessary to save resources as much as possible, the account password is rock
As shown in the figure, the installation system occupies about 935M of memory (ROM).
After the first boot, it takes up about 94M of running memory (RAM). 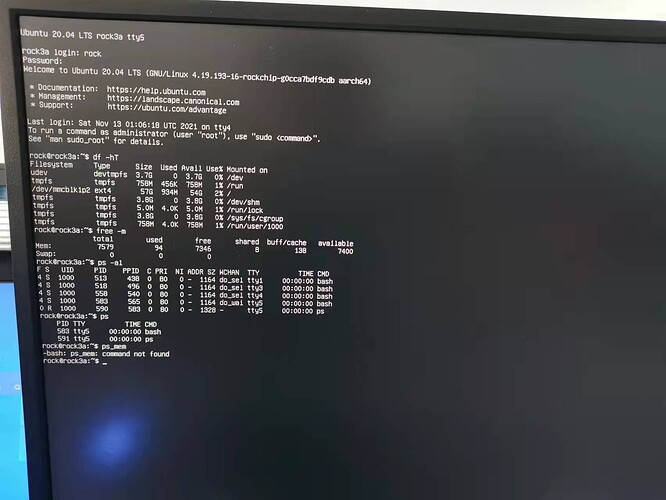 image1706×1279 102 KB
Debian10 memory usage:
Lightweight desktop version, the login interface and some information are shown in the figure, (account password rock)
Install the system, after the first login, you can see that the system occupies about 1.71G of memory (ROM)
Running memory occupies 296M (ram) 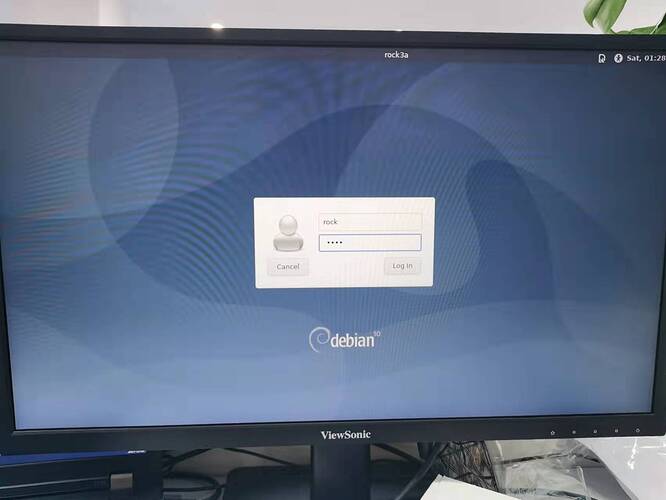 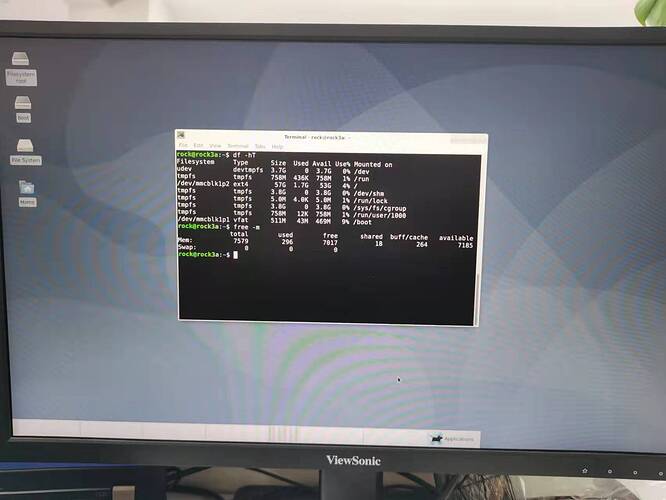 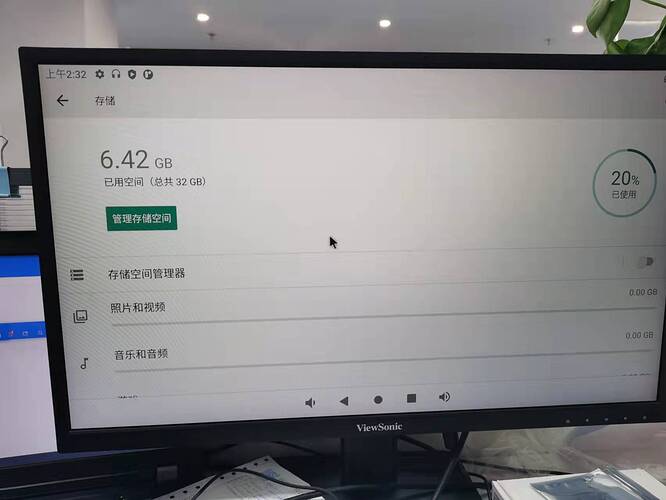 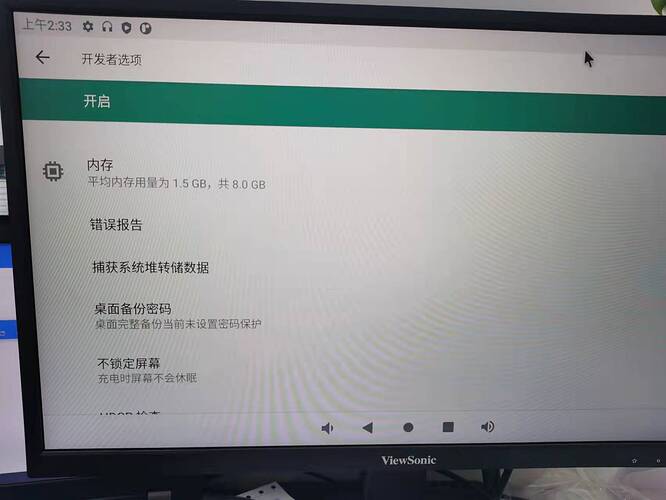 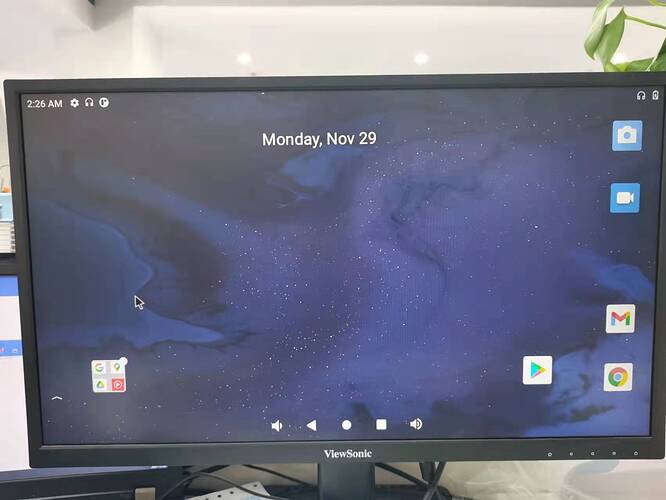