Which USB devices are compatible with ENC1-V2 ? My dual-band Wi-Fi adapter with Aliexpress (possibly on RTL8811CU), the system sees, but does not show the networks available on the air. It would be nice to add to the capabilities of the software to use the distribution of the Internet via USB from a mobile phone in modem mode. In addition, it is possible to record videos to a USB drive, but recorded videos are visible only when using a memory card.

The Wifi tab in the Network section will appear when a compatible wifi dongle is connected to the product.

We sell a dual band wifi dongle in our store.

In the Wifi tab, you can add,remove and manage wifi networks, view IP settings and Wifi interface statistics.

The installation of the Wi-Fi adapter (for example, RTL8811CU) passes with some problems. The system starts working with it correctly (access points appear in the list) if the device is loaded after installing the adapter when the network cable is disconnected. Then, after selecting an access point and entering a password, work via Wi-Fi is possible only after a reboot. Everything is working fine for me now.

Older Hi3516D-based devices work correctly only if one interface is connected, a separate network cable or Wi-Fi. Not both together. Isn’t there such a problem here? I also read about problems with Realtek Wi-Fi drivers. I would like LinkPi developers to use the latest driver from those who deal with fixed versions when updating the software.

The problem you’re having, right:

Please provide the firmware version information you are currently using.

ok, waiting for your feedback.
Also, can you provide the USB wifi information you are using? Includes USB PID and VID.

PnP Device ID: VID = 0BDA PID = C811
The LED of the Wi-Fi adapter in ENC1 is never not lights up. After I took it out and inserted it, it no longer works. Rebooting and disconnecting the network cable does not help.

There is another adapter with the same VID and PID, which is initially visible as a driver disk.
It needs a command from the driver to switch to Wi-Fi mode from disk mode. It doesn’t work in ENC1.

It seems that your RTL8811CU WIFI needs further driver installation to be recognized. At the same time, working wifi is not very compatible.
You can try to use the RTL8811CU WIFI which has been tested for compatibility.
aliexpress link 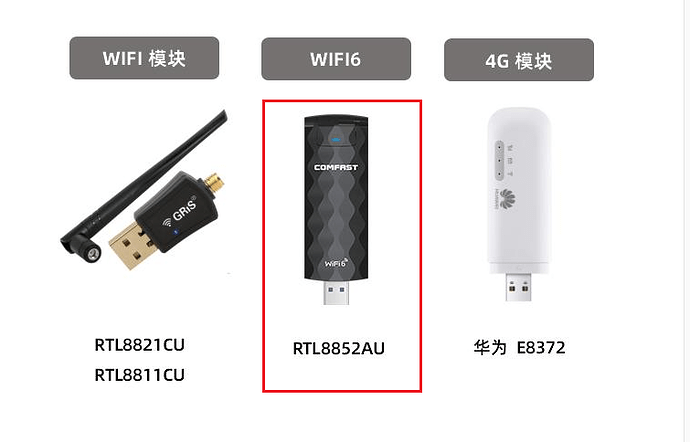 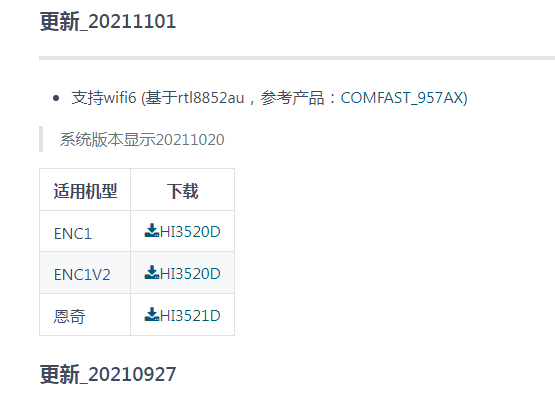 Thank you for your help! I ordered another RTL8821CU model to check for compatibility.